régizene
Ajánlom
Aficionados of early music must certainly be aware of the serendipitous fertility that occurred in the last quarter of the 17th century. During a nine year period between 1678 and 1687 more than 20 composers of significance were born:

Among the aforementioned musicians Vivaldi, Zelenka, Rameau and Domenico Scarlatti arguably belong to the most important composers of the baroque-gallant era, while Handel and Bach are above any sort of periodic restrictions and their oeuvre maintain universal, artistic significance to this day. Handel is the most important figure in the history of a complete genre, the Oratorio, while Bach is without a doubt, the most influential musician of all times. Moreover, in recent times Rameau has been widely accepted as the greatest French composer of all times and the greatest theoretician of music. Vivaldi's influence cannot be denied either, as the most popular and published classical composer. Not even the more publicized and therefore, popularized, romantic era can boast of such an array of talent. Therefore, one could attribute this unusual "spawning" of musical geniuses to enigmatic, astrological factors.

Only one statement of mine may need more theoretical support and explanation: the apparent overrating of a relatively obscure composer, Jan Dismas Zelenka. When more than 10 years ago, I first encountered Zelenka's "Missa dei Filii" in Frieder Bernius' rendering, I already had a confirmed taste, therefore I avoided the newly discovered, mediocre contemporaries of Bach. But, I was touched like never before by only two or three bars of the Gloria (usually a fairly transparent movement I would use as "touchstone" of late baroque German masses). Almost never, correctly, since Monteverdi's Orfeo and Rameau's Hippolyte had made a similar impact on me, 10 years before (as usual, Bach, Handel, Vivaldi, Haydn and Mozart had exerted their "insidious" influence through regular musical education). Subsequently, I've become acquainted with dozens of compositions by the great Czech master.

His style changed dramatically over his career and apart from some characteristic features (like "passus duriusculus"), the first high-late baroque pieces gave way to evermore "gallant" compositions. His first works are the product of a vagrant lifestyle. He was employed by the splendid Dresden court and to develop his raw talent, was sent to study composition from the great Fux, himself in Vienna. During this timeframe he could and most likely would have visited Italy, the acknowledged centre of music. Additional employment frequently came from the Hapsburg court in Prague. He finally returned to Dresden in 1729 when the "Kappelmeister" Heinichen died. Due to these disruptions, his fully mature late compositions, which can be recommended for a novice listener, appeared only after 1730.

His late works consist of two important secular opuses (a collection of airs ("Alcune arie") and a serenata), two oratorios, the so called late masses and several shorter but no less significant liturgical compositions. Nearly every work has been performed and released in the past few years. Only a complete issue of the "Alcune arie" and the publication of some smaller pieces are missing. However, several works, e.g. "Missa Sanctissimae Trinitatis", "Litaniae Omnium Sanctorum", suffer from the questionable quality of outdated performances. Therefore, I had been patiently awaiting for a re-issue of "Missa Sanctissimae Trinitatis", which has been recently released by Ensemble Inegal. The two performances from 1994 and 1995 both lack the bold, exaggerated, hectic features of new renderings of Zelenka's late works, which provide a fertile ground for intrepid or even futuristic performances. Further, "Missa Sanctissimae" is the first member of the "so-called" late masses, which represent the pinnacle of the Czech composer's oeuvre. Zelanka has not been given his due in prior studies of his work and influence. Existing literature is both meagre and of poor analytical quality. Therefore, I prefer to draw my analysis from a far greater sample size that might otherwise be necessary with other composers. For instance, in Stockigt's reference work the changes in Zelenka's compositional approach are discussed only on purely stylistic ground. Indeed, Zelenka's fully mature large scale pieces appeared after 1736 and the late masses were written only for the drawer, in "l'art pour l'art" manner. But I believe the real changes in his artistic approach revealed themselves earlier, when the new fervour for "gallant" style reached the Dresden court (Hasse was hired in 1731). Since then, Zelenka had lost his "dry" Czech-German restrictions and similarly to Bach, he fermented and matured an important facet of "stylus mixtus" ("stile misto"), according to his Fux's instructions. However, the result was not late baroque as in the hands of Fux, Caldara and Bach but "gallant".

To achieve this new style, he forsook the, to date, indispensable brass instruments (he used them in "Missa Purificationis" in 1733, last of previous eras. He preferred the sharp and bizarre modulations (in which regard brasses are unsuitable), more inherent and important features of "gallant" style, than colourful instrumentation. At the same time, he applied for the position of general director of music submitting his 8 Italian airs to the sovereigns, but to no avail. His style since 1733 had rapidly changed and from 1736, his works are coherent, uniformly moulded, isolated masterpieces.

To my mind, Zelenka's late baroque output, which was highly admired (as a mediator of Fux's respected oeuvre), could have exerted a direct influence on Johann Sebastian Bach himself when Bach tried his hand on catholic liturgical music. Firstly, Bach used Zelenka's work as liturgical material. Several manuscripts by Zelenka survive as copies made by Bach. Bach also utilized them as resources for teaching, since Zelenka's works were copied by Wilhelm Friedemann and Carl Philipp Emanuel Bach. Bach mentioned Zelenka among those composers whom he appreciated most, according to CPE Bach: "JS Bach esteemed highly Fux, Caldara, Handel, Kayser (Keiser), Hasse, both Grauns, Telemann, Zelenka, Benda, and in general everything that was worthy of esteem in Berlin and Dresden. Except for Fux, Caldara, Handel and Kayser, he knew the rest personally." Secondly, the Bach family frequently attended the musical spectacles of Dresden such as the first performance of Hasse's Cleofide. Thirdly, partly based upon his earlier Lutheran Masses (composed in the twenties and thirties), which might be influenced by Zelenka (who caused a great fervour for "stile misto" after his returning to Dresden from Italy and Vienna in 1719) Bach composed the Mass in b-minor. Bach submitted the final version in 1749 after Zelenka had died in 1745, creating a vacuum in liturgical music in the region. The piece was compiled and dedicated to the Saxon king; from 1736 both composers held the position of "Compositeur of the Royal Court Capelle", which clearly shows the appreciation they enjoyed in Dresden.

Therefore, I believe Zelenka played an important role in the development of classical "stile misto". He accomplished what Hasse should have, but did not. Zelenka's "Missa Sanctissimae Trinitatis", ZWV 17 from 1736 is the first member of the five late masses (ZWV 17-21). The mass, therefore, shows some conservative and transitional features and the characteristic late components are slightly underdeveloped. The previous versions from 1994 (Musica Florea, Marek Stryncl, Supraphon) and from 1995 (Marburger Bachchor, Barockensemble Marburg, Wolfram Wehnert, Thorofon) tried to revive the piece without paying homage to its historical and artistic position. Pleasant, yet restrained, and slightly disappointing performances, which served only to obscure the pioneering features of the mass. Fortunately, the new issue (2012, Prague Baroque Soloists, Ensemble Inegal, Adam Viktora, Nibiru) reflects the experience of the ensemble, and Viktora's large-scale artistic concept. He endeavours like Bernius to treat the late masses as a whole. Viktora's design clearly reflects that the ZVW 17 is the first member of the cycle, which cannot be removed from their solid unity. Therefore, he downplays the transitional components, and the mature characteristic features bloom in splendid colours. The bonus piece ZVW 168, "Gaude laetare", (circa from 1731) reveals that even learned Zelenka devotees can expect beautiful works to be revived from the less known earlier part of his ouvre.

From the several important Zelenka issues released in 2012, I have so far bought the Czech album by Supraphon. It contains pieces performed by Musica Florea and Marek Stryncl. The longest one is the ZWV 8 "Missa Nativitatis Domini", a typical, brilliant high-late baroque piece, with the most rich and elaborate instrumentation Zelenka ever used. It agreeably complements the series of already published "mid-term" masses, such as ZVW 11, "Missa Circumcisionis", ZWV 14, "Missa Sancti Josephi" and ZWV 16, "Missa Purificationis". Some additional works also appear on the CD (ZWV 107, Magnificat; ZWV 171, motet: "O magnum mysterium"; ZWV 165, motet: "Chvalte Boha silného"). These bonus pieces are almost as important as those released on a Nibiru CD from the very end of 2011. Together with the new performance of ZWV 21, "Missa Omnium Sanctorum" (which did not have a fighting chance to surpass the legendary release by Frieder Bernius from 1998), Ensemble Inégal and Adam Viktora brought out the late style "Christe eleison" (ZWV 29) and "Barbara dira effera" (ZWV 164). ZVW 29 is an alternate movement for other masses, while the heavily criticized ZVW 164, from 1733, is the first piece, in which Zelenka's peculiar and bewildering late style reaches its full potential. Music theoreticians like Talbot and Stockigt were not daring enough to understand and appreciate it, but I believe, since it represents a decisive deviation in the Czech master's oeuvre, a re-examination is justified, perhaps even demanded. The motet ZWV 165, "Chvalte Boha silného" is very similar in style but the most important feature of it, that it is the only piece written to Czech text by Zelenka. 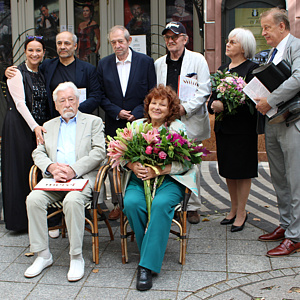 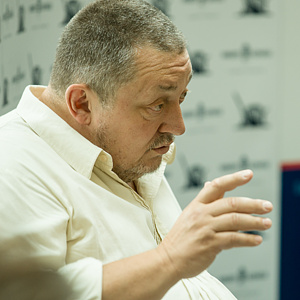 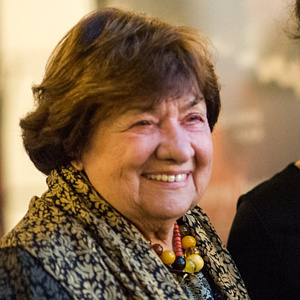 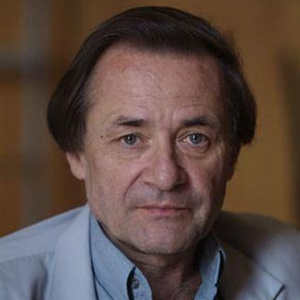 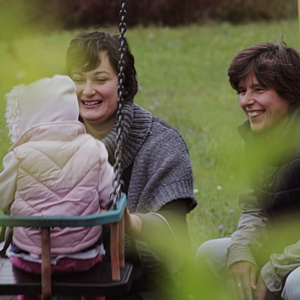