Most of the ensemble's emblematic shows were staged by him, and the main roles were played by Attila Balazs. Frunza and the previous management had an argument, so he was out, but he continued working with Balazs. As the artistic director of the theatre in his second full season, Attila Balazs hired Frunza again. In 2003, he staged Hamlet in Timisoara.

In this new production - nominated for the Romanian theatre award, the UNITER Prize, in three categories - he uses some of the old set, costumes and props, even some of the actors who appeared in the emblematic show (but only one of them plays the same role). This recycling shows a kind of continuity and bears a slight allusion to author Tom Stoppard's original aim. It emphasizes the relationship between the play and Shakespeare's work. In other words, without Hamlet, the play Rosencrantz and Guildenstern Are Dead would not exist. (The quotations from Shakespeare are projected.) On the other hand, I assume, Frunza does not expect the audience to be familiar with his Hamlet, on which so much of the plot and the set of his Rosencrantz and Guildenstern Are Dead is based. In Frunza's interpretation, this piece is only partly about the randomness and the incomprehensibility of the world, the boundaries of language, the confusion that words cause, or the inability to express feelings with words. The strongest focus is on the connection between life and stage. Therefore, as a direct consequence, this Rosencrantz and Guildenstern Are Dead is almost exclusively about creating illusion and making theatre. Even if the end is bleak (in the final scene, we see Rosencrantz and Guildenstern lying as two corpses on the stage covered with soil as the curtain closes behind them), I would rather say that black humour is one of the main guiding principles of the show, and there is a fine balance between the comedy and the occasional moments of tragedy. 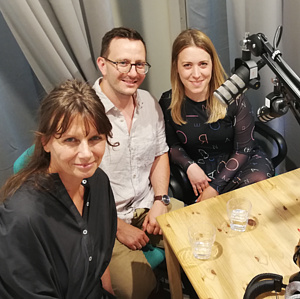 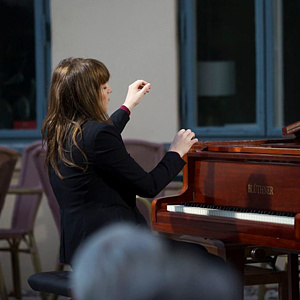 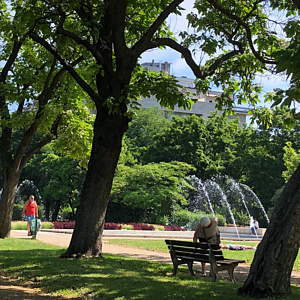 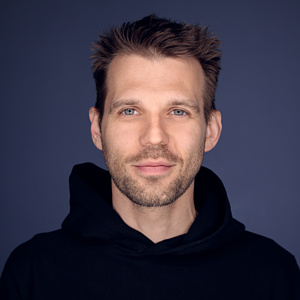